What people are saying - Write a review

We haven't found any reviews in the usual places.

Other editions - View all

Sebastian Engell received the Dipl.-Ing. degree in Electrical Engineering from the Ruhr-UniversitAt Bochum, Germany, in 1978, and the Dr.-Ing. degree from the UniversitAt Duisburg, Germany in 1981. In 1987 the UniversitAt Duisburg granted him the venia legendi in Automatic Control
Since 1990 he has been Professor of Process Control in the Department of Biochemical and Chemical Engineering, UniversitAt Dortmund, Germany. 1996-1999 he served as the Department Chairman, and from 2002-2005 as Vice-Rector for Research, Promotion of Young Scientists and International Relations of UniversitAt Dortmund. Since 2005, he is a member of the selection committee for the Leibniz-Prize of the Deutsche Forschungsgemeinschaft.
In 2006 Sebastian Engell was appointed Fellow of the International Federation of Automatic Control.
His areas of research are control design, modeling and control of chemical and biochemical processes, hybrid systems, logic control and scheduling in the process industries. 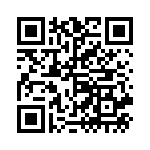